1982   In the midst of the worst tropical storm to hit the Hawaiian Islands in 23 years—hurricane Iwa, which Adi Da Samraj Describes as a manifestation of the Destructive Aspect of the Goddess-Power—

His Divine Presence Parama-Sapta-Na Adi Da Engages in a “Conversation” with “Tumomama”, the “Fierce Woman”, in a Gathering with devotees (later published in The Dreaded Gom-Boo, or the Imaginary Disease That Religion Seeks to Cure as “Do it, Tumo!”), in which He Teases, Scolds, and Makes Her lose face, thereby accelerating the speed, shape, and force of the storm, resulting in its Miraculous and rapid aging, and averting catastrophic damage to the Islands by reducing the time that they are subject to Iwa’s effects.  ~Da Love-Ananda Mahal

1993   Adi Da Samraj begins a period of intensive “Consideration” known as the Ishta Gatherings, in which for many months He Discourses on the Process and the moment to moment practice of devotional surrender to the Divine Person. ~Adi Da Samrajashram

1993  Adi Da Samraj Gathers with devotees and Gives the Talk “The Westerner In Everyone Must Be Converted”—which is later published in My “Bright” Form—in which He Criticizes the limit that ego-bound bodily-based beings bring to Spiritual life:

2009   The Eternal One is presented to His Eternal Divine Presence at Atma Nadi Shakti Loka.  ~Adi Da Samrajashram 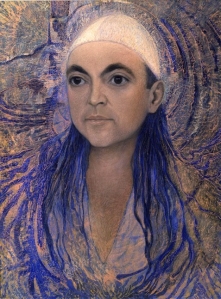 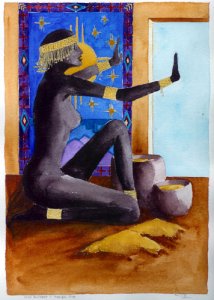